Due to all the pandemic closures throughout the last academic year, Bodywork Company were unable to perform at any of the venues booked for annual events for full-time college students, this side of the training is very important and for this reason our Vice Principal, Michael Quinn has worked hard alongside all of our students and together they have produced a show film. The show followed a loosely based line of the journey of Alice as she steps into the world of wonderland (Bodywork) she then takes a rollercoaster ride meeting many characters such as The Mad hatter, The White Rabbit and many more.

We believe that we were the only UK college to have offered this experience to our students and hope that this will be the start of a new concept for future performances in the college.

We are proud to be able to say that the choreographers who worked on this piece included Ashley Frost, David Anderson, Charlie Bruce, David Birch and Harvey Kerr. Musical Direction by Jenny Edmonds and Directed by Michael Quinn. Michael also had a wonderful team from his company Ginger Quiff Media come and work with the students and give them an experience we hope they will never forget. A massive thank you to all involved. See below a quote from our validating body, Trinity College London as a result of the film being submitted for assessment: 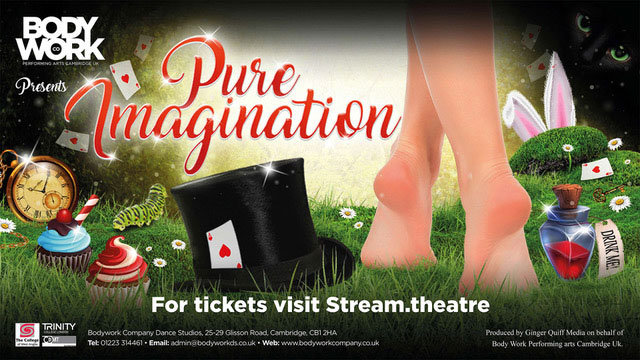 ‘This was a well-produced and enjoyable performance.

Commendation must go to the students who have continued their training and the staff who have supported them and persevered so well in this pandemic situation.’

Unfortunately this production is no longer available to the general public, you can still see some shorts exerts on our home page.

A message from the vice principal to everyone involved:

To make history you have to do historical things. We have certainly done that.

It has been such a joy to work with these incredible students. We have created something very special.

Cannot wait to meet all new applicants in the auditions for the academic year 2021-22.